The competitive spirit of the Olympics is spreading even to linguistic levels. Apparently some are perturbed by the growing trend to use ‘medal’ as a verb now, as in Danell Leyva medalled in the men’s all-around, instead of saying that athletes ‘win medals’. A silly debate for sure as not only is this a very productive phenomenon in the English language (see also ‘friend’ instead of ‘add as friend’, ‘text’ instead of ‘send text message’, etc.), but even the Oxford English Dictionary has accepted it as a verb for years. Read more about it The National. 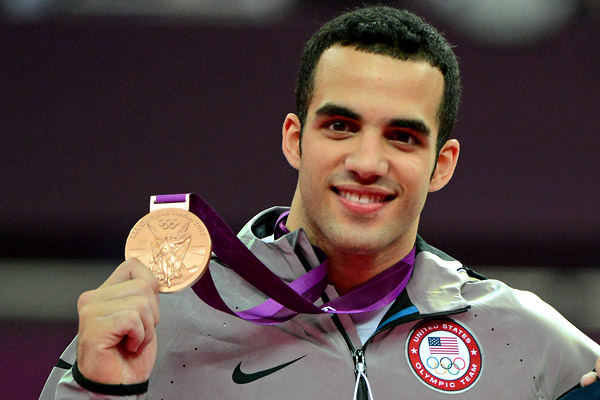 From March 28 to 31 of next year there will be a conference on Quantitative Investigations in Theoretical Linguistics in Berlin, Germany. The deadline for submissions is November 15, 2010.

Quantitative models of linguistic phenomena have been increasingly informing linguistic theory by testing, confirming and falsifying linguists’ hypotheses, and translating their insights into language based applications. Despite this, the divide between theoretical linguistics and empirical research remains substantial, with many theories being expressed in terms that are not conducive to data-based testing, and conversely, the appearance of a variety of data-based studies and applications with no adequate theory to frame and explain
their results.

Quantitative Investigations in Theoretical Linguistics (QITL) offers a forum for researchers who aim to bridge this gap from any linguistic discipline or methodology, and in particular, but not limited to:

This Friday, March 19th, we’ll be having our semesterly student session of UIC Talks in Linguistics. Bryan Koronkiewicz will present a talk entitled, “Exceptional Hiatuses in Spanish: An Extension of Cabré & Prieto (2006)” and Tara Toscano will be presenting a talk entitled, “The Strandability of Prepositions in Spanish-English Code-switching”

Bryan Koronkiewicz (University of Illinois at Chicago)
Exceptional Hiatuses in Spanish: An Extension of Cabré & Prieto (2006)

In Spanish phonology, the syllabification of rising sonority vocoids predicts diphthongization. Yet in various dialects, with a variety of words, speakers favor the creation of a hiatus in such a context. For example, the word *piano* can be realized by Spanish-speakers either as the expected form [‘pja.no] or alternatively as [pi.’a.no]. The work of Hualde (1999, 2002) and Colina (1999) attests that word initiality, distance to stress, and morpheme boundaries all have strong effects on the realization of these so-called exceptional hiatuses. However, more recently these effects have been reexamined by Cabré & Prieto (2006) with dissimilar results, arguing that they are not as strong.

In this talk I will continue to explore the potential explanations for exceptional hiatuses. This current study recreates and expands the work of Cabré & Prieto (2006). Continuing their approach, Peninsular Spanish-speakers are tested on their tendency toward exceptional hiatuses, examining the specific parameters that may be influential. Furthermore, Mexican-Spanish-speakers are also tested to see if the effects are similar cross-dialectally.

While P-stranding is found in some languages, it does not appear in others. P-stranding is quite common in English as shown in example (1). But in Spanish there is a lack of P-stranding:

2. The language of Tense (T), or more specifically little v, will determine the acceptability of P-stranding. English T will trigger P-stranding (see (3b) and (3c)) while Spanish T will prohibit it (see (3a) and (3d)).

No conclusions can be made regarding the element or layer of the structure that sanctions P-stranding because this phenomenon occurs in the Spanish dialect of the participants.

On January 29th, 2010 UIC will be hosting a Generative Second Language Workshop featuring:

Among the learning tasks faced by second language (L2) learners is to map linguistic form to its corresponding meaning. Recent investigations into L2-acquisition at the syntax/semantics interface have shown that learners face particular difficulties when the form-meaning mappings in the learners’ first language (L1) are different from those in the L2; at the same time, these difficulties are not insurmountable, and L2-learners have been found to exhibit sensitivity to subtle syntax-semantics mappings that are not present in their L1 and not subject to explicit instruction (see Slabakova 2008 for an overview).  The domain of article semantics is one area in which L2-learners have to acquire subtle form-meaning mappings. For example, L2-English learners coming from an article-less L1 (such as Russian or Korean) have to acquire the contrasts between definite, indefinite, and bare (article-less) noun phrases; and L2-English learners coming from an L1 which has articles (such as Spanish) have to reconfigure some aspects of article semantics, for example in the area of generic reference. This talk will report on several experiments probing how L2-English learners from different L1s use and interpret English articles a variety of semantic environments; these experiments aim to tease apart L1-influence from learners’ sensitivity to semantic universals.  The findings show that (i) L1-transfer plays a role in how L2-English learners use and interpret English articles; and (ii) L2-learners are sensitive to subtle contrasts in meaning which are not morphologically marked in their L1, and not subject to (much) classroom instruction, such as the contrasts between specific and non-specific indefinites, and between definite and indefinite generics. It is argued that L2-learners, regardless of their L1, have access to semantic universals through Universal Grammar. Errors with article choice are shown to be due to L1-transfer and to difficulties acquiring language-specific form-meaning mappings, but not to lack of semantic knowledge. Implications of these findings for both semantic theories and theories of L2-acquisition are discussed.

Morphological variability and the source of these errors have been hotly debated in generative approaches to L2 acquisition. A recurrent finding is that postpuberty L2 learners often omit or use the wrong affix for nominal and verbal inflections in oral production, but less so in written tasks. According to the Representational Deficit View (Hawkisn & Chan 1997, Tsimpli and 2007), morphological errors arise from deficits at the level of linguistic representation due to maturational effects. But for the Missing Surface Inflection Hypothesis (Prévost & White 1999, 2000), L2 learners have intact functional projections and their parameterized features, but errors stem from problems during production only (a mapping or processing problem). Interestingly, inflectional morphology is also a problem area for heritage language speakers, who were exposed to the language earlier in life than the L2 learners. In this talk I compare knowledge of Spanish nominal and verbal morphology in L2 learners and heritage speakers and examine whether these theoretical accounts can be extended to explain the patterns of morphological variability observed in many heritage language learners. The results suggest that while the Missing Surface Inflection Hypothesis correctly characterizes the performance patterns observed in L2 acquisition, it does not correctly describe the performance of the heritage language learners tested in this study. I argue that morphological errors in the two populations seem to be related to the type of experience.

Roumyana Slabakova (University of Iowa)
The Bottleneck Hypothesis: What is easy and what is hard to acquire in a second language

In recent years, the modular view of the L2 acquisition experience and the interlanguage grammar has been gaining in importance. It is no longer controversial to argue that the different components of the L2 grammar may have different sensitive periods of acquisition. This argument is supported by evolving views of the language architecture (Minimalism, Jackendoff 2002). The current emphasis is on the relative difficulty of linguistic features and constructions, as well as on how the language architecture, input properties, and speakers’ processing resources affect developmental sequences. Based on comparison of findings on the L2 acquisition of inflectional morphology, syntax, the syntax-semantics and the syntax-context/discourse interface, the Bottleneck Hypothesis argues that the functional (inflectional) morphemes and their features are the bottleneck of L2 acquisition; acquisition of syntax and semantics (and maybe even the syntax-discourse interface) flows smoothly (Slabakova, 2006, 2008). I will present recent experimental studies supporting this view. I will also discuss a pedagogical implication of this model, namely, that an enhanced focus on practicing grammar in language classrooms will be beneficial to learners.

Tomorrow we will have a student session of TiL featuring our own Brad Hoot (UIC PhD student) and visiting student Álvaro Recio (University of Salamanca PhD student).  Brad Hoot will present, “An Optimality Theoretic Analysis of Focus in Spanish and English.” His presentation will be conducted in English. Álvaro Recio will present, “Las propiedades argumentales de los complementos del nombre en español,” and his presentation will be given in Spanish.

As always the talk will be at 3 PM in 1750 University Hall with light refreshments provided.

In a special session of UICTiL our very own Professor Nuñez-Cedeño and Junice Acosta will give a talk tomorrow about the Vocalization of Liquids in the Spanish of Cibao in the Dominican Republic.  The talk will take place at 3pm in 1750 University Hall (601 S. Morgan Street, Chicago IL 60607).

In May (28th-30th) there will be the 12th International Conference on Minority Languages (ICML XII) in Tartu, Estonia.  The ICML is hosted by the University of Tartu, but there are colloquia being held by affiliate departments.  One such department is the Department of Modern Philology at the Universitá degli Studi di Firenze, which will be holding a colloquium (themed session) entitled “Language contact and change in multiply and multimodally bilingual minority situations.”

The colloquium deals with bimodal bilingualism approached as a minority language in need of typological standardization and contact-induced grammatical change.

This Friday at UICTiL UIC’s own Kara Morgan-Short and Mandy Faretta will be presenting a talk entitled “Awareness and explicitness in second language development”.  The talk will take place at 2pm in 1750 University Hall (601 South Morgan Street).

The current study investigated the role of awareness and explicitness on  the acquisition of L2 word order and gender agreement structures. Subjects learned an artificial language to advanced levels of proficiency under two training conditions: explicit and implicit. Assessments included judgment tasks for sentences containing word order and gender agreement violations and matched control sentences. Level of awareness was coded based on students’ written responses to a written judgment task and a debriefing
questionnaire.

Just a reminder that Jason Merchant from the University of Chicago will be giving a talk this Friday at UIC in 1750 University Hall.  Join us at 2pm for his talk entitled, “There’s less to words than meets the eye”.  The abstract is posted on the UICTiL website (check the links on the left hand side of this page).