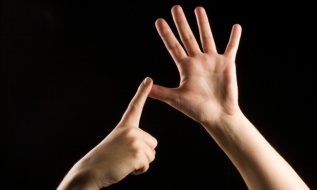 Accents appear when an isolated group of speakers exaggerate their shared language over time. This causes idiosyncrasies that allows them to identify outsiders, and allow outsiders to identify them. Like any other language, Sign language has its own grammar and idioms, which means that it also has its own accents. There are 130 distinct sign languages worldwide each of these carry an accent. A distinctive regional accent among people in the southern states is that they tend to touch their lower face and chest a lot when they sign. However, the difference between certain signs are not only based on the regions, it can also be dependent on the group of people. Sign language speakers have accents that vary based on their age, ethnicity, and whether or not they’re hearing or deaf. There is also variation in sign language speed. These variations allow the presence of character and richness in a language while conveying information about a person.