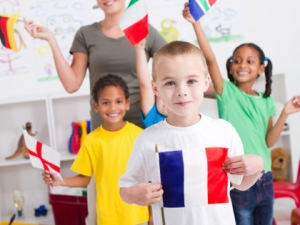 Recently, York University professor Ellen Bialystok and her colleagues Kathleen F. Peets and Sylvain Moreno studied the development of metalinguistic awareness in children becoming bilingual in an immersion education program. Their study focused on whether children who attend immersion programs show the same kind of advantages in cognitive skills, as children who are early bilinguals. The authors concluded that the advantages previously reported for early bilingual children could already be detected in children learning another language in an immersion program.

Belgian scientists Anne-Catherine Nicolay and Martine Poncelet also examined the possible advantages in executive control that bilingual children show over monolinguals. Although, their findings demonstrated that the immersion children did better than their monolingual counterparts, there was a negative finding when it came to interference inhibition.

Similarly, Ellen Bialystok and Raluca Barac have written a paper on studies they conducted demonstrating that executive control performance improved with increased experience in a bilingual education environment.